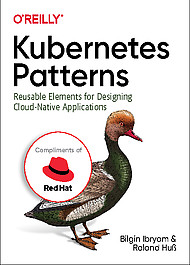 Kubernetes is a container orchestration platform. The origin of Kubernetes lies somewhere in the Google data centers where Google’s internal container orchestration platform, Borg, was born. Google used Borg for many years to run its applications. In 2014, Google decided to transfer its experience with Borg into a new open source project called “Kubernetes” (Greek for “helmsman” or “pilot”), and in 2015, it became the first project donated to the newly founded Cloud Native Computing Foundation (CNCF).

While this eBook assumes you have some basic knowledge of Kubernetes, we recapitulate the core Kubernetes concepts and lay out the foundation for patterns that are presented from a conceptual angle not found in other books on the topic.