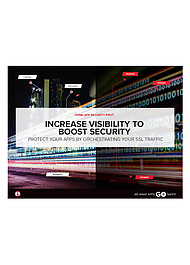 We are moving very quickly toward an Internet where nearly every piece of data in transit will be encrypted.

Not long ago, the Secure Sockets Layer (SSL), or Transport Layer Security (TLS), was used almost exclusively by government agencies and large financial institutions. Today, however, it has become increasingly important for organizations of all kinds to protect the data transmitted through countless sites and applications.

The rise of SSL/TLS has also been sped by regulatory standards such as PCI DSS, HIPAA, and the EU’s General Data Protection Regulation (GDPR), which require that transmitted data be encrypted. Moreover, organizations have been spurred to adopt SSL/TLS by Google search results policy, which gives preferential treatment to sites that encrypt.

According to research by F5 Labs, more than 81% of all web page loads are now encrypted with SSL/TLS, which means that we are moving very quickly toward an Internet where nearly every piece of data in transit will be encrypted.1 However, the rise of SSL/TLS isn’t all good news. Attackers are increasingly hiding insidious attacks within encrypted traffic—which means that the security protocol itself has become a threat vector. Regaining visibility into that encrypted traffic is one of the most important steps you can take to protect your apps, your data, and your business.