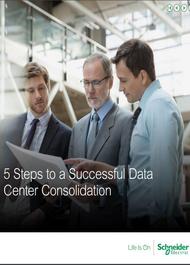 A major driver behind data center consolidation is the outsourcing of enterprise IT functions to the cloud to enable greater efficiency and scalability. As enterprises migrate their data centers, IT infrastructure processes, and computing platforms to the cloud, many seize the opportunity to realize cost savings by consolidating onpremise data center equipment and space.

If you’re serious about data center consolidation, it’s because you understand its numerous advantages. Technologies such as cloud computing, virtualization, containers, software-defined networks and converged systems allow enterprises with multiple data center locations to consolidate into just one main data center with smaller or regional data centers to support critical application needs on the edge of their networks. They also allow organizations with a large, single data center to reduce hardware and support infrastructure.

The benefits to be gained by reducing the number of physical data centers for IT to manage include:

Data center consolidation results in energy savings because there are fewer physical servers and other infrastructure components to power and cool. This is true whether the consolidation eliminates remote facilities or simply reduces the physical footprint of an enterprise’s lone data center.

Numerous United States federal agencies have been consolidating data centers as part of an initiative launched in early 2010. A September 2014 report by the General
Accountability Office shows that the federal government saved $1.1 billion from 2011 to 2013 by closing 10% of its nearly 10,000 data centers, with a goal of closing 44% by
the end of 2015.

A smaller physical infrastructure makes it easier for data center professionals to manage network and storage performance because there are fewer components to monitor. Further, streamlining the data center through consolidation typically involves automation of routine IT tasks. Freeing up data center staff from mundane housekeeping chores allows them to focus their talents on higher-value activities that serve the goals of the business.

Consolidating the data center improves enterprise security and compliance efforts by reducing network points of entry and increasing visibility. Consolidation also improves Mean Time to Repair (MTTR) because IT and facilities professionals can pinpoint problems and respond to them faster.